The Green Hornet by Golden Classics on Mixcloud 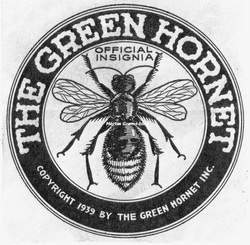 Classified as a juvenile crime drama but written and acted with more adult style than most of the breed, "The Green Hornet"---whose protagonist fought crime by infiltrating or even partnering (initially) with known criminal operations, which deceive police into believing him a wanted criminal himself---was the creation of George W. Trendle and Fran Striker, the brains and head writer behind "The Lone Ranger" (whose protagonist, according to storyline, was the great-uncle of Britt Reid, the heir who assumed control of the Daily Sentinel newspaper publisher and takes the crimefighting guise of the Green Hornet).

The show originated from Detroit WXZY in 1936 and was picked up for network broadcast by Mutual in 1938; NBC Blue Network (later ABC) picked up the show in 1939. "The Green Hornet" left radio as an actively-produced series in 1952, though reruns of several shows were known to have aired as late as 1954.